A Daylong Workshop on Quality Assurance held at IU

IU observed Bangabandhu's birth centenary celebration on 17 January in 2020. The day's programmes started at 9.30 AM with a colourful rally. The rally led by the Vice Chancellor of Islamic University Professor Dr. Rashid Askari and attended by the Pro-vice Chancellor Professor Dr. M Shahinoor Rahman,Treasurer Professor Dr. Selim Toha, teachers, students, officers and employees started from the administration building premises and ended at the 'Mritunjoyee Mujib' mural premises after encompassing several roads on the campus. At 10:00 AM the VC accompanied by the Pro-VC and the Treasurer laid a wreath at the altar of the 'Mrityunjayi Mujib' mural. And then it was opened for all to show their homage to the immortal soul. And then at 11.00 AM the VC of IU inaugurated two mural paintings — one ‘Muktir Ahoban’( Calls for Emancipation) and the other ‘Shashwata Mujib’ (Universal Mujib) —installed in front of the Father of the Nation Bangabandhu Sheikh Mujibur Rahman Hall to mark Bangabandhu’s birth centenary. On the beautiful black-framed mural ‘Muktir Ahoban’, has been inscribed the authorized version of the text of Bangabandhu’s historic 7 March speech alongside his famous picture addressing the mammoth Ramna Race Course rally with the index finger raised. The other maroon-framed mural painting ‘Shashwata Mujib’ stands for the Mujib who is relevant to all freedom-mad and peace-loving people of all times across the globe. Pro-VC of Professor M Shahinoor Rahman, Treasurer Professor Selim Toha, Registrar (In Charge) SM Abdul Latif, Professor M Mahbubar Rahman, IIER Director Professor M Maher Ali and International Students’ Affairs Cell Director Professor Shahadat Hossain Azad were present during the inaugural ceremony. 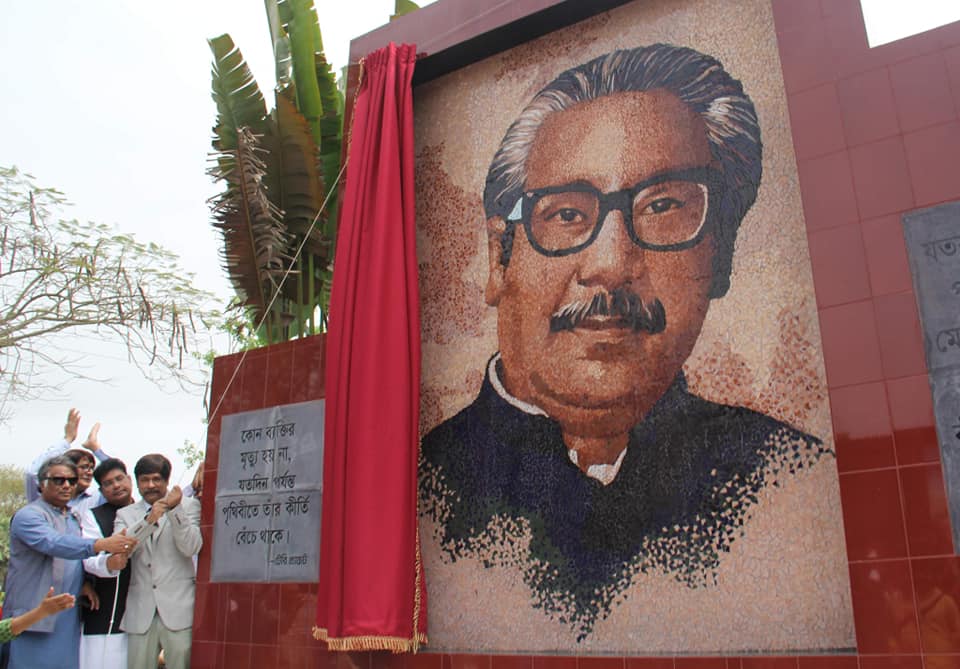 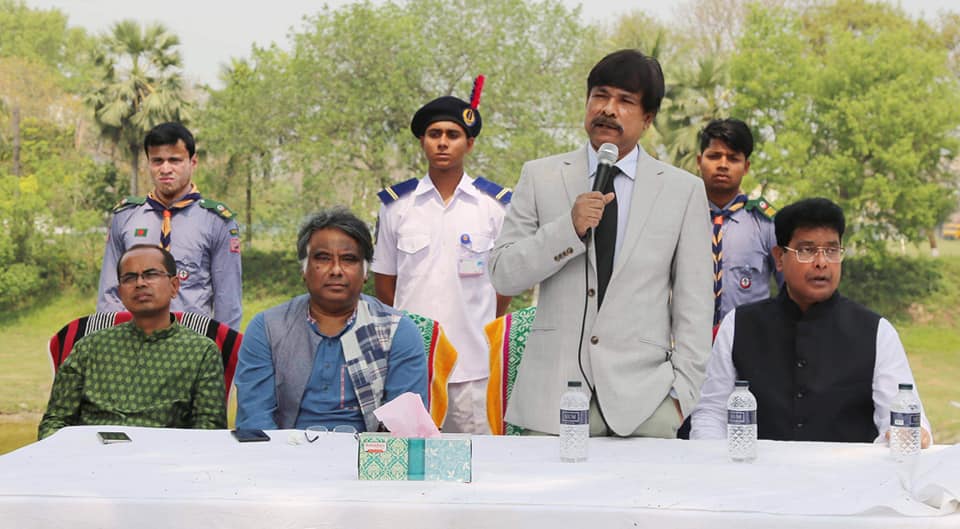